Here's my map of all active and future Solar System Missions as of May 1st 2020.

The Perseverance Mars rover companion helicopter now also has a name: Ingenuity. The Chinese Mars mission is now called Tianwen-1, which can be translated as Skyquest-1, as far as I can learn with my nonexistent knowledge of Chinese. Further, the 2020 launches to Mars all appear to be on track to launch on time. And the Artemis-3 Moon landing now has a Lander, to be constructed by Blue Origin, Dynetics, SpaceX and many subcontractors.

Meanwhile, OSIRIS REx will perform a 250m flyover of its backup sample collection site Osprey, before the preparation for the actual collection in August will begin.

It's not solar System exploration, so not in my scope, but Space-X's Crew Dragon Demo-2 flight will likely also happen in May, on the 27th. 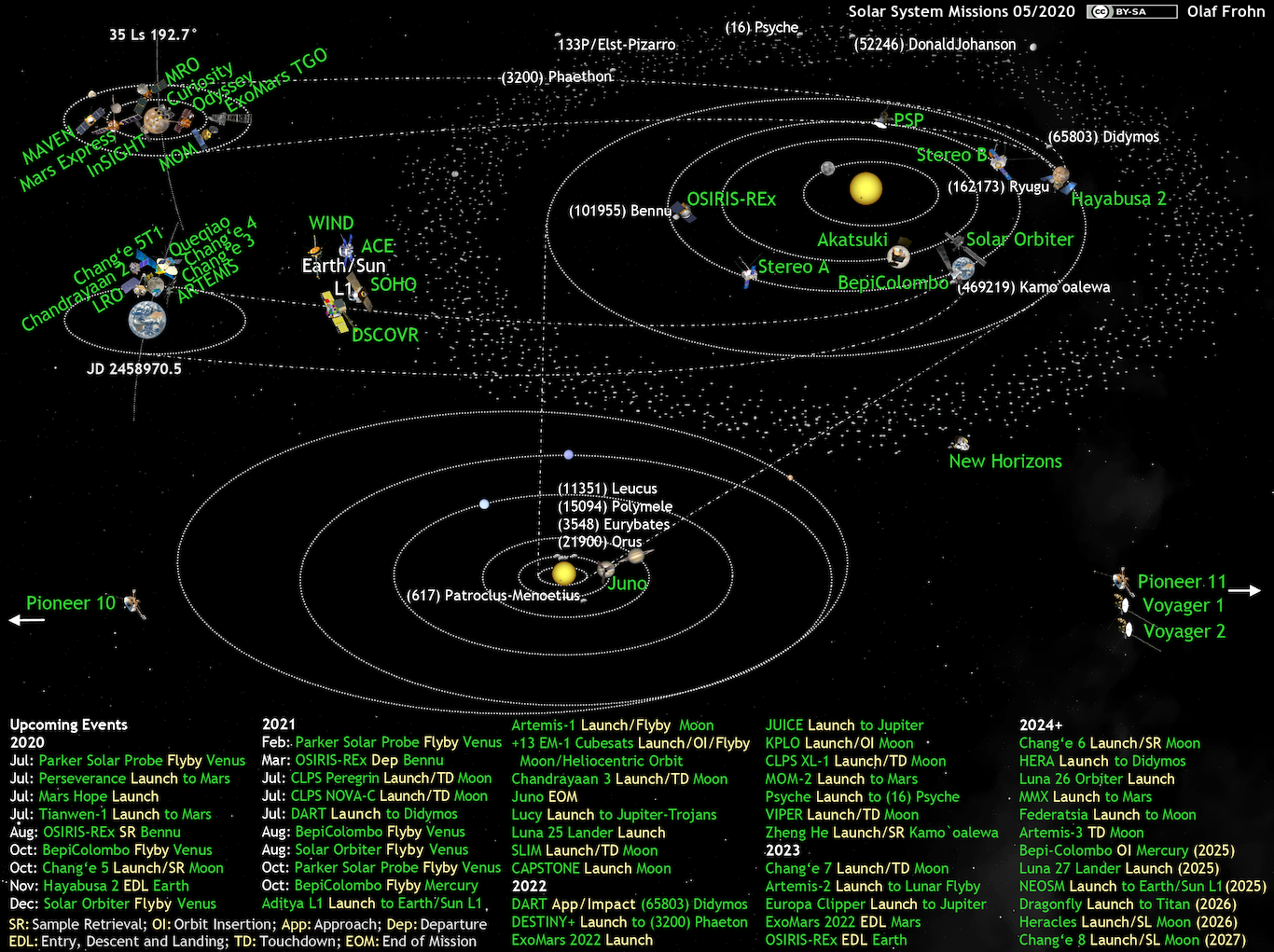 Data, images and documentation are available on my space exploration history GitHub repository and the associated website.