The Size of Everything

As the title says, this is a chart of the size range of everything known, microscopic and macroscopic, on a logarithmic scale. The opaque range for each category indicates the size range of objects that have actually been measured, while the gradient indicates either uncertainty, what may yet be found or what is theoretically possible. Large uncertainties are annotated in the table below, as well as values that I found surprising. The data are mostly from Wikipedia, corroborated with the links given in the annotations. Additionally, a conversion table for all used length units is given.

There are much more elaborate implementations of this kind of scale from smallest to largest on the web, but I wanted it all in one comprehensive view so that comparisons can be made at a glance, and, well this is the result: 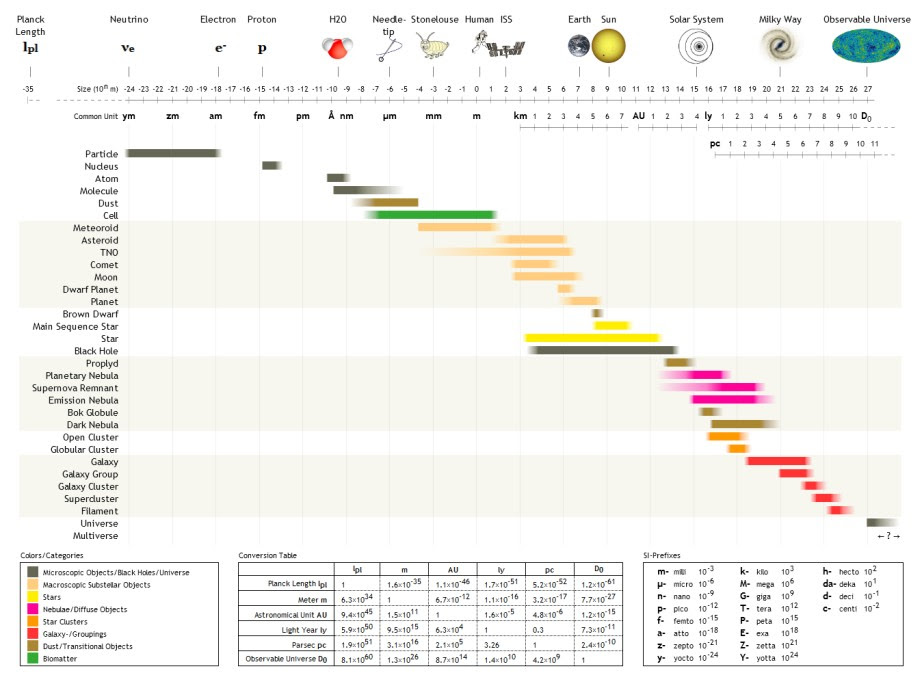 See also The Mass of Everything.

Notes:
1) Common unit: Unit most commonly found for each kind of object.
2) See John Baez' page for details about Planck length and particle sizes.
3) This critter.