The Mass of Everything

As a complement to ""The Size of Everything"", here is the equivalent chart comparing the mass of everything that is known in space. Again the scale is logarithmic. The opaque range for each category indicates the mass range of objects that have actually been seen, while the gradient indicates either uncertainty, what may yet be found or what is theoretically possible. Large discrepancies are annotated in the table below. The data are mostly from Wikipedia, corroborated with the links given in the annotations. A conversion table for all used mass units is included in the chart. 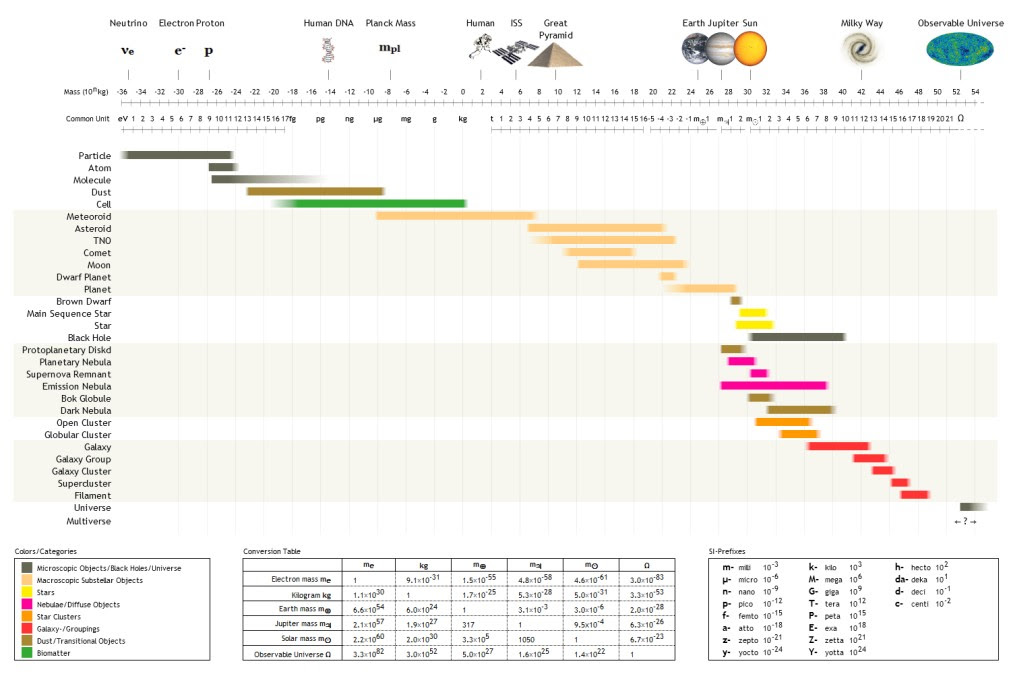