After plenty of tinkering, here is a new version of the Solar System Exploration History page. It should load much faster now. Lots of glitches and errors removed, smooth scrolling and resizing (not everywhere yet, working on it..) plus other eye candy. And fullscreen mode now also works in IE 11. All the general information stuff has moved into a box of its own, accessible through the "i"-button top left. 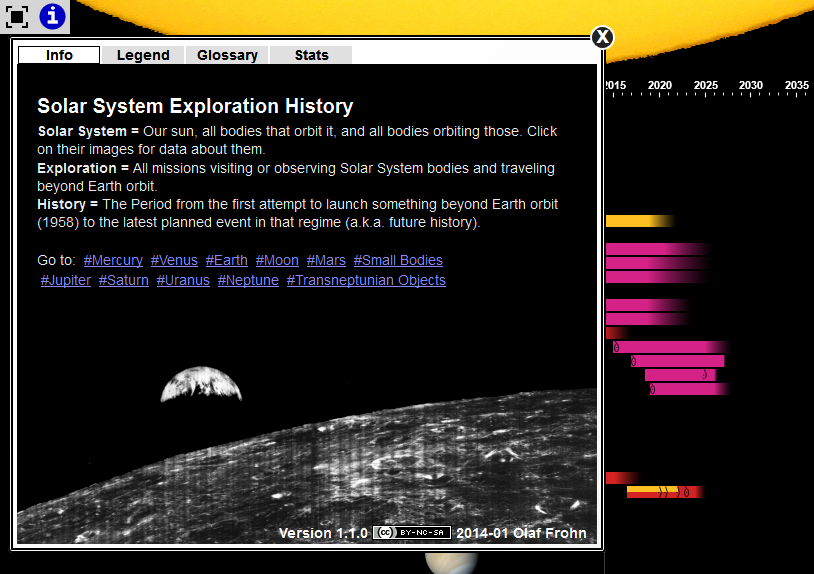 It also has links to all major exploration destinations, a key to symbols, and a glossary. And the lanuch statistics have some interactivity build in. Try hovering over the country names or column headers. 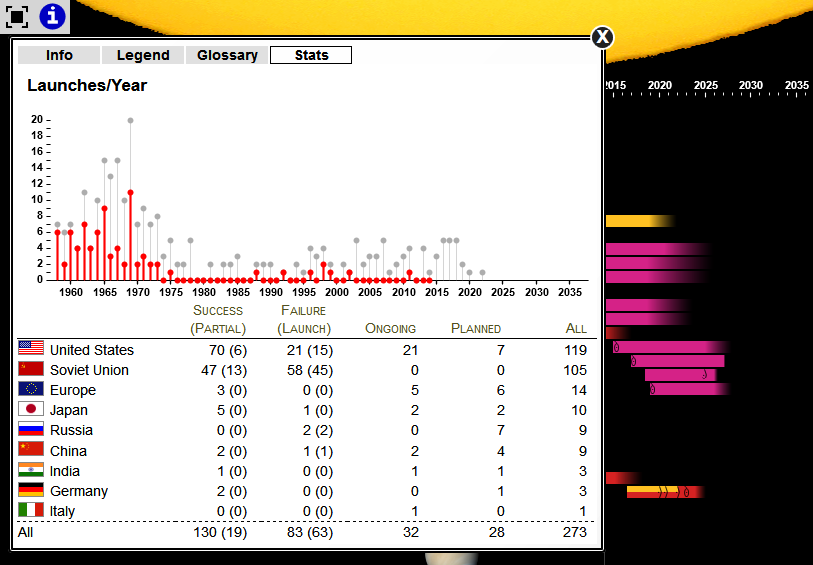 I almost implemented it for all the cells, before I realized I was about to reinvent Excel.

Down where all this stuff was, is now the Kuiper belt with information about major objects and the missions to it. OK, the one mission, so far. Further out, at the limit of the Heliosphere, the missions that are on the way out with their approximate positions to it. Of course, the ecliptic longitude had to be squished a bit. 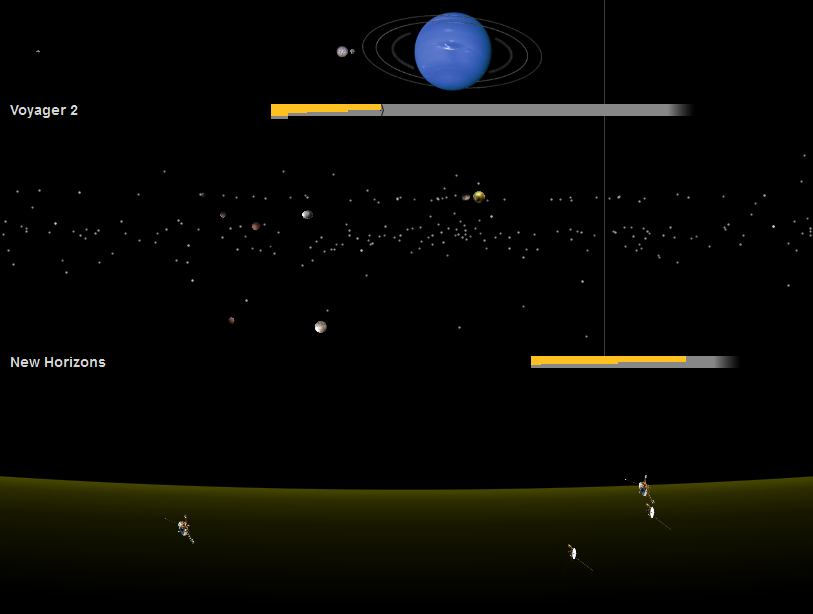 And theres plenty more to explore (pun intended). Just follow the general motto and click (or hover) on anything for more infos.